Is It Possible to Predict Bitcoin Prices? 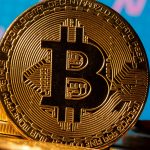 For more than a century, traders have used fundamental and technical analysis in an attempt to predict changes in the price of securities. But with the advent of cryptocurrencies like Bitcoin, Ethereum and others, many of those analytical techniques are not functional. One of the many reasons they fail is that cryptocurrency does not represent ownership in a company, a hard asset, or anything else within the traditional realm of trading and investing. Cryptos are indeed a new kind of money, based on intangible value. What defies the old logic is that Bitcoin, for instance, looks and often performs in conjunction with ordinary securities like stocks and bonds, but that’s only a coincidence.

There are unique sets of factors that drive BTC up and down, factors that have nothing at all to do with typical corporate shares. The best way to understand Bitcoin’s performance since the beginning of 2021 is to look at its raw price movements in conjunction with pullback behavior, the big news about Tesla, the new U.S. political administration, the impact of big data, and what the balance of the year might have in store for the leading form of virtual money.

No one could have, or did, predict the price changes of BTC from January through mid-February. On January 1st, the coin stood at $29,259. Six weeks later, it was valued at $55,493, almost doubling in value from an opening-year level that was already an all-time high. Indeed, from mid-September, the virtual currency began to take off and set new highs so regularly that the financial news networks stopped reporting them as top stories after the tenth occurrence.

Those in search of a viable way to buy and sell BTC can use a number of fundamental and technical strategies. For instance, if you want to know how to trade Bitcoin in 2021, look at the last year of data for general trends, pricing patterns, support levels, resistance points, and pullback behavior. There are no guarantees for any approach when it comes to predicting prices, but the leading cryptocurrency has done a few repeat performances in terms of pulling back after major new highs. For example, when it hit $40,769 in early January, it successively fell to lower and lower highs from Jan. 9th to Jan. 21st, all the way down to $31,275. Afterwards, price moved into a sideways pattern until the very end of the month, when it began to take off again.

So, a $9,000 tumble is part of the run-up. That’s a huge pullback, from a technical standpoint. But it also demonstrates that close behind stops won’t do the trick. For those who plan on getting involved in this market for 2021 and beyond, remember how huge the pullbacks can be, and plan accordingly.

The Tesla situation is unique in the history of Bitcoin. The company’s co-founder, Elon Musk, purchased a huge stake in February, to the tune of $1.5 billion. In conjunction with many e-commerce retailers accepting the coin as legal tender, and with PayPal’s late 2020 announcement that that company would hereafter accept BTC as a form of payment and account funding, the entire question of widespread social and economic acceptance was pretty much resolved.

The current U.S. political administration is not known to be particularly friendly toward crypto-money, having already demonstrated a desire to write regulations about use, taxation, and tracking that could dampen prices. It remains to be seen what will take place in the U.S. Congress, but it’s possible that if there are too many restrictions, much investment could go overseas, where alternative forms of money are more accepted. Oddly, that might not have a major effect on crypto prices because they are not tied directly to national governments or fiat money anyway.

The advent of widespread use of big data and artificial intelligence (AI), have had a generally positive impact on the acceptance of virtual forms of money. That’s because it’s possible to use big data analysis to prevent fraud and block-chain breaches. Security is a large part of what kept investors away for many years. The pairing of big data and block-chain technology offers promise of even more secure transactions, and more air-tight versions of coins that utilize smart contracts for verification.

The Rest of the Year

The two factors likely to have major impact on Bitcoin prices between now and the end of 2021 are possible new legal regulations and the resolution of the COVID pandemic. This is a time when it really pays to follow current events and check the financial news every day.

The post Is It Possible to Predict Bitcoin Prices? appeared first on Analytics Insight.